There is no doubt that Buonarrotti inspired a lot of artists from his generation onwards. Here were some of his famous works:

“The true work of art is but a shadow of divine perfection”, that is one of Buonarrotti’s famous quotes. Even when he was still alive, he was already renowned and famous. However, this fame did not seem to bring him joy for he was known to have lived his life with misery and pessimism. 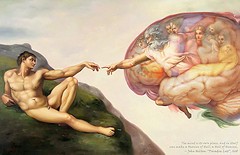 The Artworks of Leonardo Da Vinci

Most people know who Leonardo da Vinci is because of his impartations in the art industry all over the world. Leonardo da Vinci was born on April 15, 1452 in Italy. Actually, his birth name was Lionardo di ser Piero da Vinci. He is also considered as a polymath, which means that he can do many things. He was a sculptor, painter, mathematician, inventor, architect, engineer, musician, writer, botanist, geologist, anatomist, and cartographer. He was a genius. He got most of his fame because of his paintings. His capacity to do such things stated got the attention of many art historians who deemed him to be a superhuman.

Leonardo, being a genius, thought of many things that are beyond technological ingenuity. He had conceptualized an adding machine, a solar power, a flying machine, and a theory of plate tectonics. He was also able to paint some little feasible things.

Most of Leonardo’s art works are subject to learning and praise because the quality of his work is worth praising. He used to combine his knowledge of both science and arts. Every time he portraits a person, he always makes sure that, every gesture has a meaning.

The most parodied yet his most famous portrait. He paints a girl with a mysterious smile.

The most reproduced painting for a religion.

This depicts a male figure with two different superimposed actions. Notes are also written on top and below the male figure.

This is one of the four women portraits of da Vinci.

Leonardo da Vinci became an inspiration to those who wanted to paint, since he is undeniably one of the greatest painters of all times. He has painted many art works that now value at several dollars.

Vincent Van Gogh’s Contributions to the World of Art

Vincent Van Gogh is one of the most admired painters today because of his unique and high quality creations. Vincent Willem Van Gogh was born on March 30, 1853 in the Netherlands. He was inclined in painting and drawing. He was a post-impressionist painter. He became famous because of the quality of his paintings that usually appears with beauty, honesty, and bold colors. Van Gogh used to draw things when he was a child. Later, he decided to pursue the career and become an artist.

For almost a decade, Van Gogh was able to produce several artworks that include 860 oil paintings and more than 1,300 drawings, sketches, prints, and watercolors. He used to draw in different variations such as wheat fields, sunflowers, self portraits, still life, and landscapes.

Though Van Gogh became a professional writer in his late twenties, he was still able to produce some major work of arts that became so famous and well admired.

This depicts an outside view from his sanitarium window.

This painting shows the flowers lying on the ground. On the second set, the flowers are executed in a vase.

This depicts his bedroom in his yellow house in Arles, Bouches-du-Rhone, France.

This depicts the person who took care of Van Gogh during his last months. This portrait shows Dr. Paul Gachet.

This depicts a pregnant woman that is at about 32 years old. The woman was said to be Clasina Maria Hoomik.

Van Gogh wanted to impart his creation to the art industry that is why he tried his best to do as many paintings he can. This just proves how dedicated Van Gogh is to his profession. 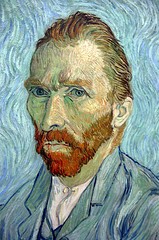 Claude Monet: The Father of Impressionism

Every artist of the world knows the man who inspired Impressionism – Claude Monet. He was able to capture the beauty of nature with his unique, vivacious, and spontaneous style of painting.

On November 14, 1840, Claude Monet was born in Paris, France. He grew up in Le Havre with his father hoping that he would be a grocer, but Monet loved the field of art. He was able to build a reputation as a charcoal impressionist as he was growing up. Monet earned his first income by making caricatures, which also inspired him to pursue art at a more serious note. This disappointed his father so he was cut off financially. His incomes from his early caricatures were able to aid him in those hard times.

Monet moved to Paris in 1857, but he was not satisfied imitating the master painters. This led him to just look out the window and paint what he saw. He joined the army in 1861, but left after two years because he got sick. He continued his journey with art after that. Monet got married in 1870. However, because of the Prussian war, he was forced to leave London and spend his time in Holland before finally going back to Paris.

His eyes deteriorated after the war, but he still continued to paint. He died of lung cancer in December 1926.

Here are some of the paintings that made Claude Monet very famous:

Monet was a man who disliked the traditional approach of painting. He refused to copy the styles of established masters and instead, learned from his own and from his friends.

Pablo Ruiz y Picasso (Pablo Picasso), a painter, is considered as one of the most influential artists of all times. His birth date is October 25, 1881 and he was born in Spain. Upon baptism, he was named “Pablo Diego José Francisco de Paula Juan Nepomuceno María de los Remedios Crispiniano de la Santísima Trinidad”. He was the eldest son of Don José Ruiz y Blasco and María Picasso y López. They basically belong to a middle-class family since his father is also a painter. Even on Pablo’s younger years, his potential of being an artist is already seen. At the age of 7, he was formally trained by his father on how to draw and paint. He was sent to attend a formal art class at school, but he hated the idea of others telling him what to do. After that, he did not attend the succeeding sessions, but instead travelled around Spain to explore and to learn. Aside from painting, he was also a printmaker, sculptor, ceramist, and stage designer.

Picasso is one of the three artists, together with Marcel Duchamp and Henri Matisse, known for defining groundbreaking improvements in plastic arts. He mostly loves to paint.  He paints images from his imagination and colors it cheerfully to be expressive.

Picasso contributed many of the most famous paintings today. Here are some of his works of art:

This depicts an old, blind man playing a guitar on the streets in Spain.

This depicts five women whose body shapes are disjointed.

Picasso is one of the most historical painters and one of the painters who have produced several numbers of artworks. He had produced 1,885 paintings, 1,228 sculptures, 12,000 drawings, 2,880 ceramics, and thousands of prints. He truly is one influential painter.

Wassily Kandinsky: His Path from Lawyer to Artist

Who would have thought that a lawyer could become one of the most influential artists of all time? Law and art do not seem to be of compatible fields at all. However, a certain attorney was able to prove this assumption wrong. Working at a law firm did not allow him to escape from what he was bound to be. Wassily Kandinsky is an art theorist and a renowned Russian painter who was credited for creating the first purely abstract works that the world has ever known.

The Life of Wassily Kandinsky

Wassily Kandinsky was born as Vassily Vassilyevich Kandinsky, on December 16, 1866 in Moscow. He spent most of his time growing up in Odessa. He went to the University of Moscow to learn about economics and law. Kandinsky was very successful in his chosen profession as an attorney at a law firm. He was even offered a job as a professor (Chair of Roman Law) at the University of Dorpat. It was at the age of 30 when he started painting studies such as anatomy, sketching, and life drawing.

Kandinsky lived in Munich in 1896. He first studied at a private school called Anton Azbe before studying at the Academy of Fine Arts. In 1914, he went back to Moscow because of the World War I outbreak. He did not have any sympathy for the Communist Moscow’s official theories in art, so in 1921, he returned to Germany. It was there that he started teaching at the Bauhaus School of Art and Architecture. He worked there from 1922 until 1933 when the Nazis had it closed. Kandinsky moved to France for good after that. It was in 1938 when he became a French citizen and showed the world some of his famous art works.

At Neuilly-sur-Seine in 1994, this lawyer turned artist held his last breath.

Wassily Kandinsky as a Lawyer

Wassily Kandinsky earned his degree in law from the University of Moscow. He then proceeded in teaching at the Moscow Faculty of Law until the year 1896. After that, he became the managing director of a printing and publishing business in the same city.

Wassily Kandinsky as an Artist

It was at the age of 30 when his life turned. From having a career as an attorney at a law firm, Kandinsky pursued art. Here were some of his greatest works:

There are already quite a number of lawyers/ attorneys at a law firm or law students who have depicted their creative sides on art. Some of them consider it as a hobby while some consider it as a spark in their lives as they practice law. This just shows the world that it does not matter what profession you are in when it comes to art. It does not matter whether you are an attorney, a lawyer, a judge, or someone working at a law firm – you can never stop the creativity from flowing through you. 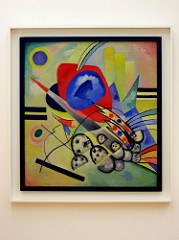